For a category of illness, that by its definition suggests its prevalence is low, the number of Canadians with “rare diseases” is surprisingly high.

In fact, Rare Disease Day puts a caring spotlight on some 300 million people worldwide affected by rare diseases, including their families and caregivers.

A disease is deemed ‘rare’ when it affects fewer than one in 2,000 people in Canada, but when added up, the number of Canadians impacted isn’t so rare. According to a 2017 report prepared by Critical Care Services for the Government of Ontario, approximately 7,000 rare diseases have been identified and new rare conditions are being discovered every year.

Among its efforts, Rare Disease Day highlights challenges that people living with rare diseases face, such as lack of scientific knowledge about their disease which can result in delayed diagnosis or even misdiagnosis. Access to treatment, care and high medication costs can also result in social and financial burdens on patients.

Fortunately, as noted on page 23 in the Express Scripts Canada (ESC) 2021 Prescription Drug Trend Report, progress is being made, including a continuing focus on emerging drug research to treat rare diseases.

In fact, specialty drugs, which account for 60 per cent of the development pipeline, are being investigated to treat complex conditions including rare diseases. Unfortunately, the overall specialty spend in the $100,000+ drug category, in which many drugs used to treat rare diseases reside, was up 23.3 per cent from 2019. The extremely high prices of these treatments mean that drug plan design must be equally innovative to protect plan sustainability.

A Globe and Mail article published in November 2021 stated that treatments are available for about 10 per cent of the estimated 7,000 rare diseases in Canada. However, the cost of these drugs—ranging from $100,000 to more than $2-million per patient per year—often makes it impossible for most patients to pay out-of-pocket. That makes these patients dependent largely on coverage by a provincial or territorial health plan or by a private insurer.

Cystic fibrosis (CF) is classified as a rare disease. According to Cystic Fibrosis Canada, CF affects one in 3,600 children born in Canada. Cystic fibrosis is a genetic disease that occurs when a child inherits two defective copies of the gene responsible for CF, one from each parent. And the odds of a person contracting – or carrying – CF, are the result of a rather ill-fated genetic lottery.

There’s a common misconception that cystic fibrosis is mainly a pediatric disease. But, in Canada, 60 per cent of people with CF are adults. In fact, a historic tipping point occurred in 2004, when — for the first time — there were more adults than children with the disease.1

Currently, a cure for CF remains elusive. While the lives of people living with CF can be extended, thanks to the advent of a number of drug treatments, many of these therapeutics are very costly.

The ESC 2021 Drug Trend Report noted a significant increase in spend on rare disease medications from 2019 to 2020 with an overall spend increased by 23.3 per cent due to increased uptake in drugs used to treat CF (Orkambi® and Symdeko®) in the over $100,000 annual cost category.

In fact, treatments for rare diseases including CF accounted for nearly 70 per cent of spend in that category (page 12). The introduction of generic alternatives and biosimilars in 2021 have the potential to provide significant savings for patients and plan providers. Advances are happening, but much remains to be done.

When it comes to rare diseases, it’s crucial that stakeholders work together to help these not-so-rare patients of such insidious diseases to gain equitable access to potentially transformative treatments. 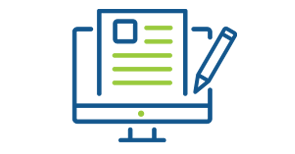